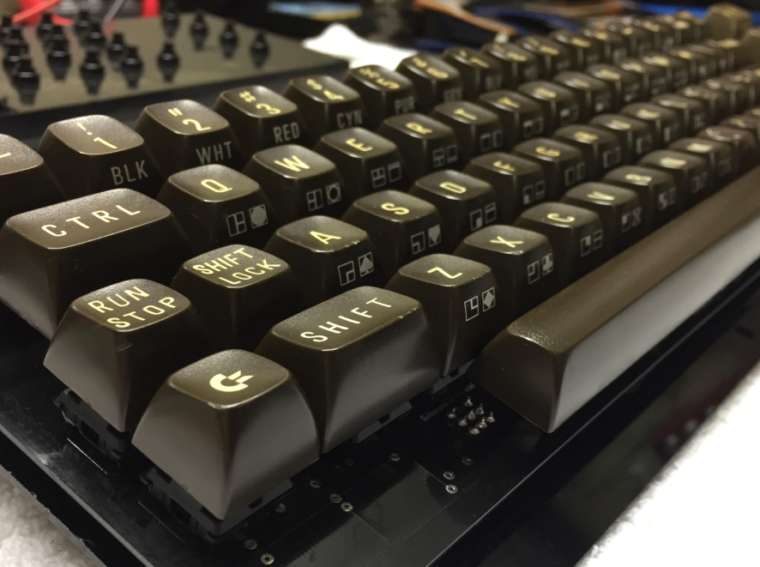 MtnBuffalo wrote on his blog at http://www.breadbox64.com/blog/c64-keyboard-prototype/ that he currently works on a C64 keyboard prototype!

“It has been almost two years since I boldly announced that I would make new keyboards (link) for my C64 Reloaded boards (link). I have now realized that making new keyboards is by far the biggest Commodore 64 project that I have ever gotten myself into… I completely underestimated the amount of time that I had to put into the project before the first working prototype was made.

The keyboard is a drop-in replacement for the original keyboard and it should therefore work on all Commodore 64’s, including the C64 Reloaded (link) and the upcoming Ultimate 64 (link). The keyboard consists of a PCB, plastic spacers, a 20 pin ribbon cable, custom made keyboard stabilizers, Costar stabs, 3D printed keycap adapters, some resistors, a few capacitors, two IC’s, a heap of microswitches and a black acrylic board for mounting everything. So quite a few components went into the project along with a looong list of parts and ideas that were eventually discarded before final decisions were made. This is how the first protoype was created!”

TheC64 Mini has been announced