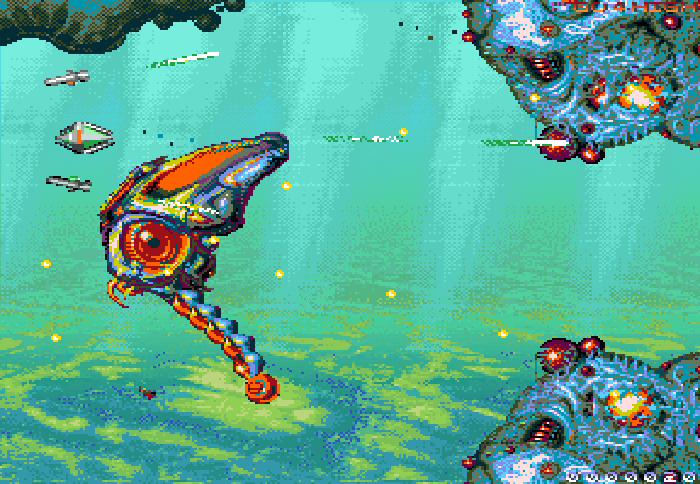 Pürgen/ Übersee, 28 May 2019
The development studio spieleschreiber and the publisher APC&TCP today announce the availability of the retro action game RESHOOT R.

After almost three years of development RESHOOT R finally lights up its laser cannons – as you’d expect, for original Amiga hardware. The horizontal scrolling Shoot’em-Up, in the style of classics like “R-Type”, throws the player into an exciting space battle. In five elaborately designed themed worlds, fighter pilots fight side-by-side with the courageous space hero Aryn against the attacks of the evil Tars species.

The action remains faithful to arcade traditions to combine elaborate high-end visuals with high-speed, demanding challenges. Fast gameplay, breathless dynamics, and exciting tension peaks, characterise the fight between the heroine and the ballet of attack waves. Extra weapons and power-ups support her in her fight for survival. If your battle is fought successfully, eternal glory awaits you in the automatically saved highscore list. In addition, here is a premiere for Amiga action games: Those pilots can enter their performance on an Internet ranking website and so they can compare their skills against those of other gamers.

All Amiga products are now available in the online shop of APC&TCP http://www.amigashop.org. Any specialist dealers, who want to offer RESHOOT R direct to their customers, then please contact APC&TCP by email for details.

RESHOOT R is a 2D horizontal Shoot’em-Up in the style of those great arcade classics Silkworm, R-Type and Gradius.

* developed and programmed by industry veteran Richard Löwenstein
* plays to the performance capabilities of the Amiga CD32, 1200 and 4000
* five themed arenas in elaborately designed retro design
* Exciting attack waves and boss fights
* Extra weapons and power-ups
* multi-level scrolling, up to 100 objects on screen
* 50 Hertz refresh rate ensures constant high-speed
* more than 400 colours on screen
* thrilling soundtrack and SFX play simultaneously
* locally stored highscore list and additional Internet ranking option
* runs on standard hardware of the A1200, A4000 and CD32, no add-ons required
* tested on Amiga systems with 68020, 68030, 68040 and 68060 CPUs

spieleschreiber is a development studio specialising in retro computer games. The founder and core of the team from Pürgen in Upper Bavaria is games journalist Richard Löwenstein. Richard Löwenstein successfully developed computer games in the 1980s and wrote articles for the trade magazines, Happy Computer, 64er and Amiga Joker.

APC&TCP has been active as a publisher for Amiga products for over 25 years.
From APC&TCP come products like Amiga Future, Amiga Family, Flyin High, Marblelous, Pinball Brain Damage, CygnusED, Roadshow and much more.
APC&TCP has tried for many years not only to publish High End Amiga games like RESHOOT R but also smaller projects like Trap Runner.
APC&TCP is always on the lookout for interesting Amiga projects to publish. 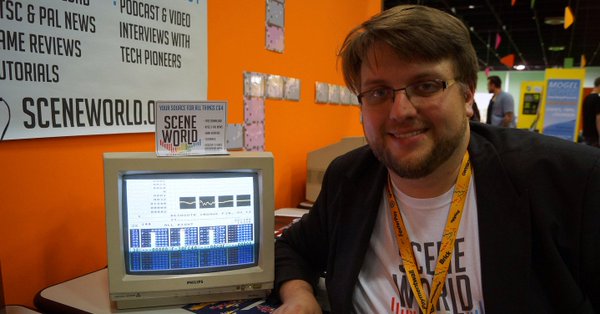